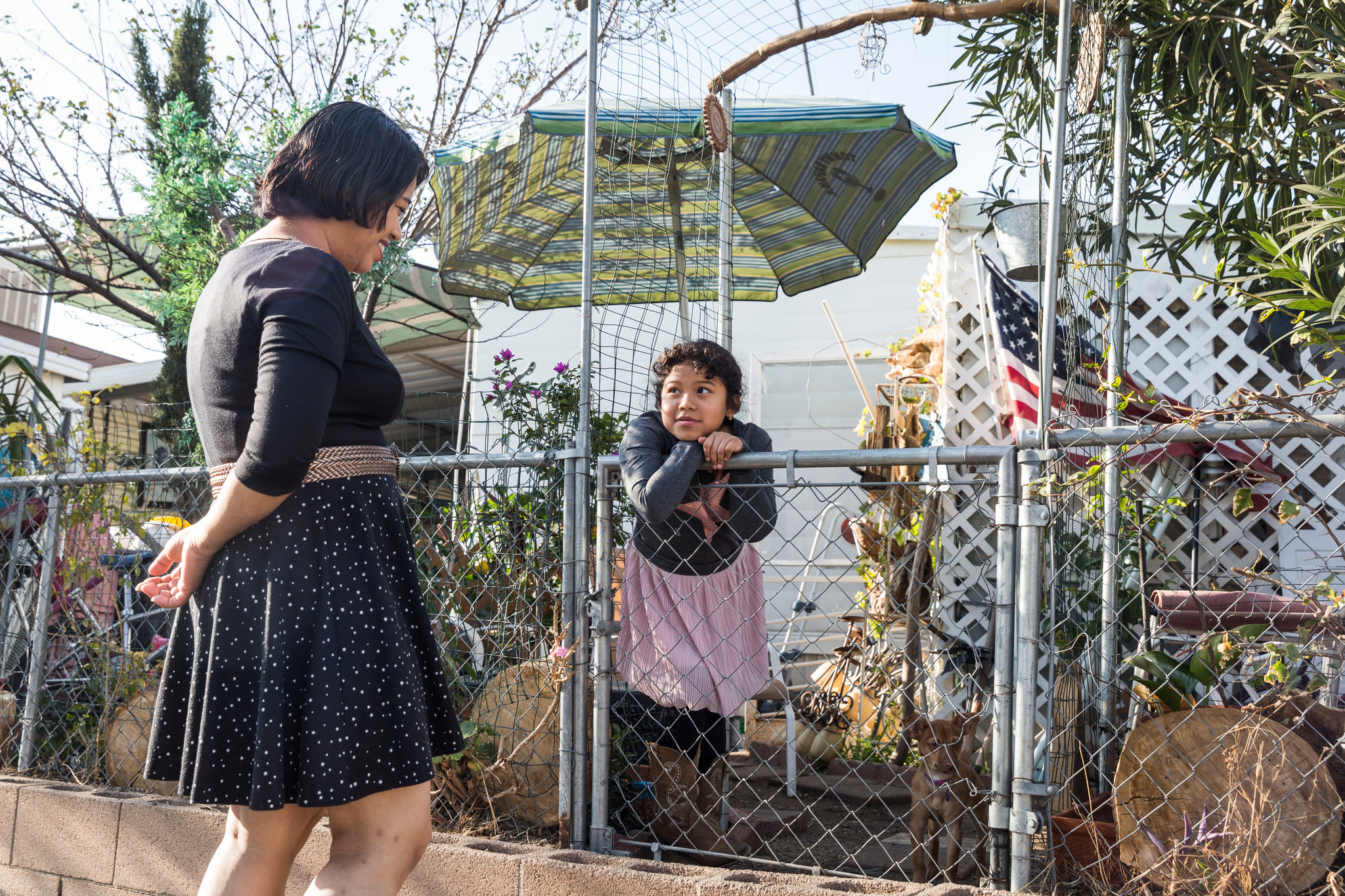 Veronica Lagunas, left, and her daughter Angie at their home in Sylmar, Calif. Ms. Lagunas is one of nearly 200,000 people from El Salvador who have just lost their temporary permission to live and work in the United States. Emily Berl for The New York Times
LOS ANGELES — Nearly 200,000 people from El Salvador who have been allowed to live in the United States for more than a decade must leave the country, two government officials familiar with the decision said on Monday. It is the Trump administration’s latest reversal of years of immigration policies and one of the most consequential to date.

The officials, who declined to be identified because they were speaking before an official announcement on the decision later Monday morning, said that the administration was ending a humanitarian program, known as Temporary Protected Status, for Salvadorans who have been allowed to live and work legally in the United States since a pair of devastating earthquakes struck their country in 2001.

Salvadorans were by far the largest group of foreigners benefiting from temporary protected status, which shielded them from deportation if they had arrived in the United States illegally. The decision came just weeks after more than 45,000 Haitians, the second largest group, lost protections granted after Haiti’s 2010 earthquake, and it suggested that others in the program, namely Hondurans, may soon lose them as well. Nicaraguans lost their protections last year.

In the days leading up to the decision, immigrant advocates and the El Salvadoran government pleaded for the United States to extend the program, as it has several times since 2001, saying that conditions in El Salvador were still dire. A sense of dread gripped Salvadorans and their employers in California, Texas, Virginia and elsewhere.

“We had hope that if we worked hard, paid our taxes and didn’t get in trouble we would be allowed to stay,” said Veronica Lagunas, 39, a Salvadoran who works overnight cleaning offices in Los Angeles, has two children born in the United States and owns a mobile home.

But the Trump administration has been committed to reining in both legal and illegal immigration, most notably by ending protections for 800,000 young undocumented immigrants, known as Dreamers, beginning in March unless Congress grants them legal status before then.

Jose Salinas has Temporary Protected Status, which is granted to immigrants who came to the U.S. from countries crippled by disaster or war. The Trump administration may end the program this month.

By CORA ENGELBRECHT and ISABEL CASTRO on January 4, 2018. . Watch in Times Video »
And despite its name, the administration says, the Temporary Protected Status program had turned into a quasi-permanent benefit for hundreds of thousands of people.

The ending of protection for Salvadorans, Haitians and Nicaraguans leaves fewer than 100,000 people in the program, known as T.P.S., which was signed into law by President George Bush in 1990.

It provides temporary lawful status and work authorization to people already in the United States, whether they entered legally or not, from countries affected by armed conflict, natural disaster or other strife. The homeland security secretary decides when a country merits the designation and can renew it for six, 12 or 18 months.

There is no limit to the number of extensions a country can receive. Countries that have received and then lost the designation in the past include Bosnia and Herzegovina, which endured a civil war in the 1990s, and Guinea, Sierra Leone and Liberia during the Ebola crisis. El Salvador was one of the first countries in the program because of its civil war; that designation expired in 1994.

The administration’s decision forces Salvadorans in the program into a wrenching decision.

Ms. Lagunas said that she would remain in the United States illegally, risking arrest and deportation. But she would lose her job of 12 years without the work permit that comes with the protection. Her family would lose medical insurance and other benefits.

“There is nothing to go back to in El Salvador,” she said, speaking in Spanish. “The infrastructure may be better now, but the country is in no condition to receive us.”

With his protected status, Carlos Jiron, another Salvadoran, started a small contracting business and won bids for big jobs, including to paint federal buildings in the Washington area. 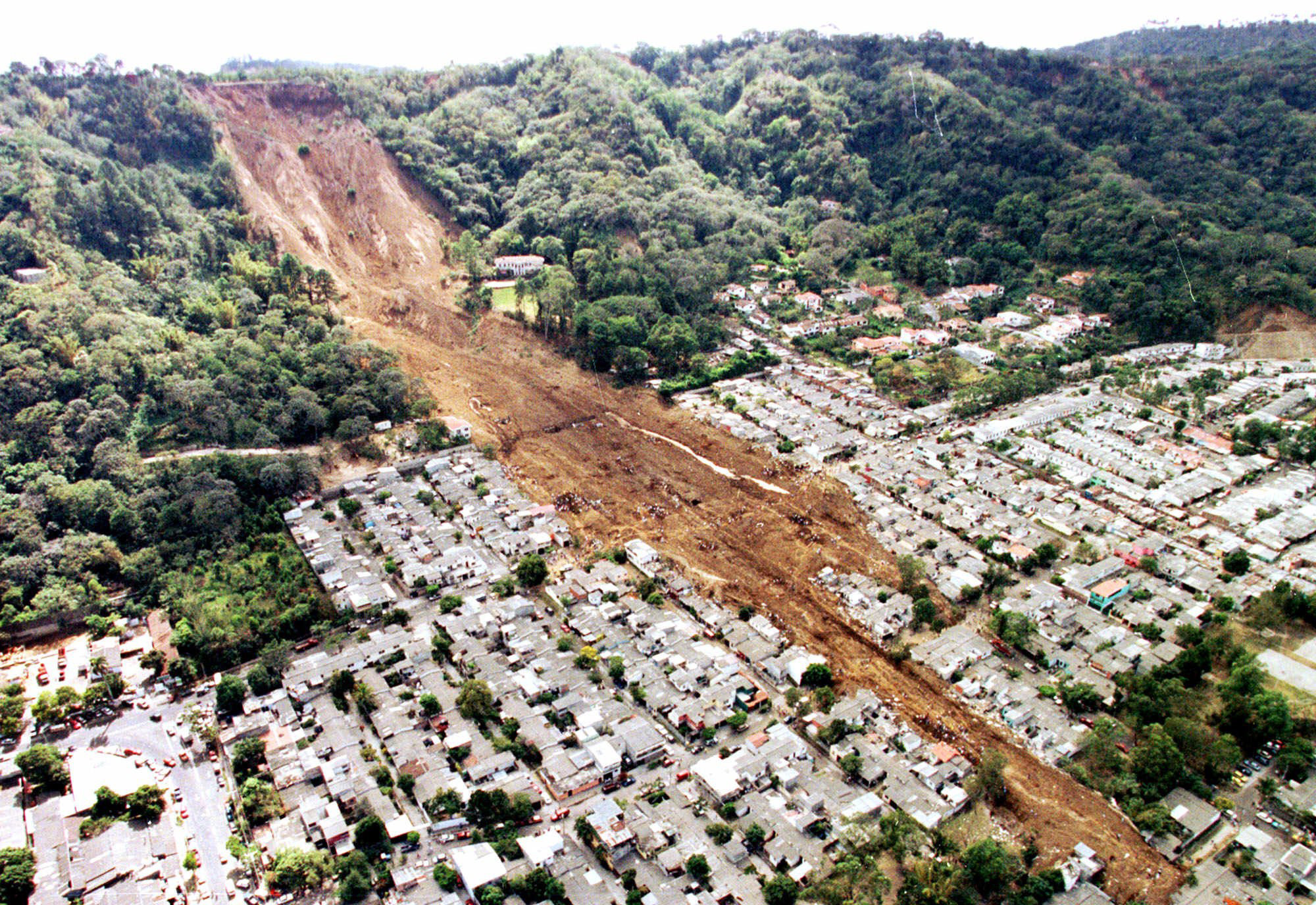 A landslide in Santa Tecla, El Salvador, following an earthquake in January 2001. Citing damage from the earthquake, the American government permitted Salvadorans illegally in the U.S. to remain. La Prensa Grafica, via Associated Press
“We have built a life here,” said Mr. Jiron, 41, who lives with his wife and two American-born children in a four-bedroom house they bought in Springfield, Va.

He will have to decide whether to take his children to El Salvador, where he says they would not maximize their potential and would face safety threats; leave them with guardians in the United States; or remain in the country at the risk of arrest and deportation as one of the millions of undocumented immigrants.

His 14-year-old daughter, Tania, a fan of Disney movies and hip-hop music, said she could not fathom starting over in El Salvador. “This is where I was born and am supposed to be raised,” she said.

Temporary protections were granted to Salvadorans who were in the United States in March 2001 after two earthquakes in January and February of that year killed more than 1,000 people and destroyed hundreds of thousands of homes. Over the next 15 years, the George W. Bush and Obama administrations extended the protections several times.

In 2016, the final time, the government cited several factors, including drought, poverty and widespread gang violence in El Salvador, as reasons to keep the protections in place.

El Salvador has rebuilt since the earthquakes. But the violence — San Salvador, the capital, is considered one of the most dangerous cities on Earth — has inhibited investment and job creation, and prompted tens of thousands to flee. The country’s economy experienced the slowest growth of any in Central America in 2016, according to the World Bank.

But officials in the Trump administration say the only criteria the government should consider is whether the original reason for the designation — in this case, damage from the earthquakes — still exists. The homeland security secretary decided that enough of the damage had been repaired 17 years later, and so the protections should end, the officials familiar with the decision said. 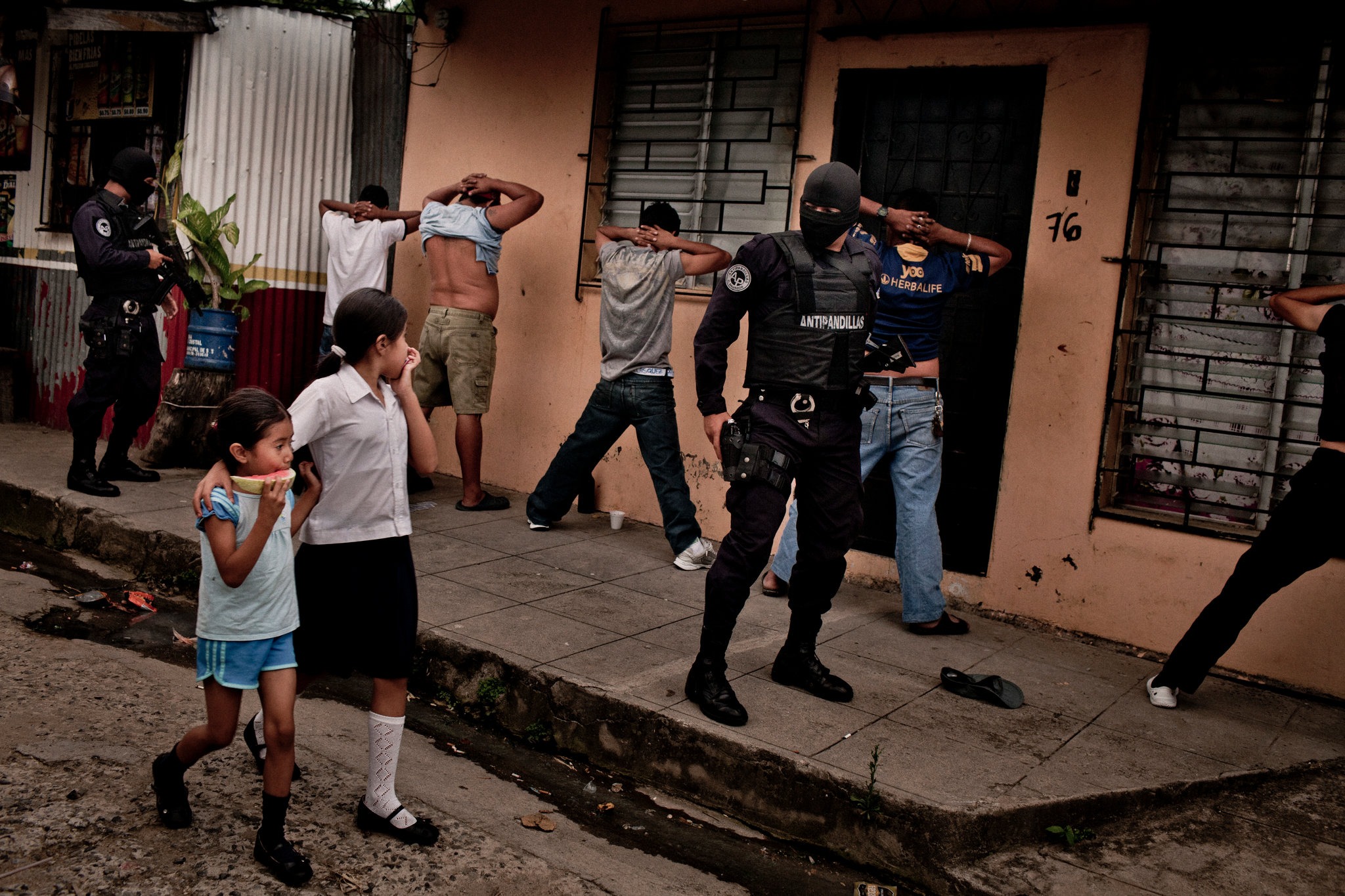 Police officers search a group of men in a gang-ravaged neighborhood in San Salvador. While El Salvador has recovered from the earthquake damage, gang violence has prompted thousands to flee the country. Tomas Munita for The New York Times
Some lawmakers have introduced legislation to enable people with temporary protection to remain in the United States permanently. At the same time, instability in Venezuela has prompted some members of Congress from Florida to call for protected status for Venezuelans.

The government of El Salvador had asked the Trump administration to renew the designation for its citizens in the United States, citing drought and other factors. Money sent home from Salvadorans abroad is a lifeline for many in the country, where four out of 10 households subsist below the poverty line, according to the World Bank. In 2016, the $4.6 billion remitted from abroad, mostly from the United States, accounted for 17 percent of the country’s economy.

The United States Chamber of Commerce and immigrant advocacy organizations also had urged the administration to extend the protection.

Donald M. Kerwin Jr., executive director of the Center for Migration Studies, called rescinding protection for Salvadorans a “baffling ideological decision that is extraordinarily destructive on all ends. They are deeply vested and embedded in the U.S.”

In Houston, the elimination of protected status would aggravate a labor shortage already delaying repairs after Hurricane Harvey, said Stan Marek, the chief executive of Marek Brothers, a large construction company with offices across Texas and in Atlanta. At least 29 Salvadorans on his payroll are program recipients.

“During hurricane recovery, I especially need those men,” Mr. Marek said. “If they lose their status, I have to terminate them.”

But Mark Krikorian, executive director of the Center for Immigration Studies, which favors restrictions on immigration, said the Trump administration was correctly abiding by the original intent of the program.